Business case for future arena use set to kick off

Work on the business case for the future of Penticton’s arenas is getting underway. Sierra Planning and Management has been hired to study the feasibility of the vision for Penticton’s arenas adopted by Council this past July based on the work of the Penticton Arena Task Force. The vision proposes a new twin-surface, multi-sport facility on the SOEC campus, conversion of Memorial Arena to a dry floor facility and the eventual decommissioning of McLaren Arena.

“The business case is the next step towards making a decision on the future of Penticton arenas and making the vision a reality,” says Mayor Andrew Jakubeit. “This is potentially a $34-million dollar investment so we need to support it with proper analysis and confirm it is the right plan for the community for the next 50 years.”

The scope of the business case includes a more in-depth study of the total lifecycle costs to build the new facility and reconfigure Memorial Arena as well as estimate revenue and operating expenses. It will also explore potential operating efficiencies from locating the facilities at SOEC and include a detailed parking and traffic study.

“Next to financial impact, one of the most common questions from residents about this proposal is the impact on traffic and parking in the area,” says Mayor Jakubeit. “This work will help to answer whether or not we can take advantage of locating these facilities on the SOEC campus.”

Also on the list of activities for the consultants is to further develop the funding strategy and assist in finding grant opportunities. The City is still waiting to learn the outcome of the application for the $6 million infrastructure grant that was applied for in 2017. Results are now expected to be announced in early 2018.

“There have since been new grants announced from the federal government that are an even better fit and offer greater funding,” says Bregje Kozak. Director of Recreation and Facilities. “We are continuously looking for new opportunities for non-tax dollars.”

The goal is to complete the business case this spring at which point the results will be shared with the community. Various user groups and stakeholders will be invited to be involved in the work as the need arises. 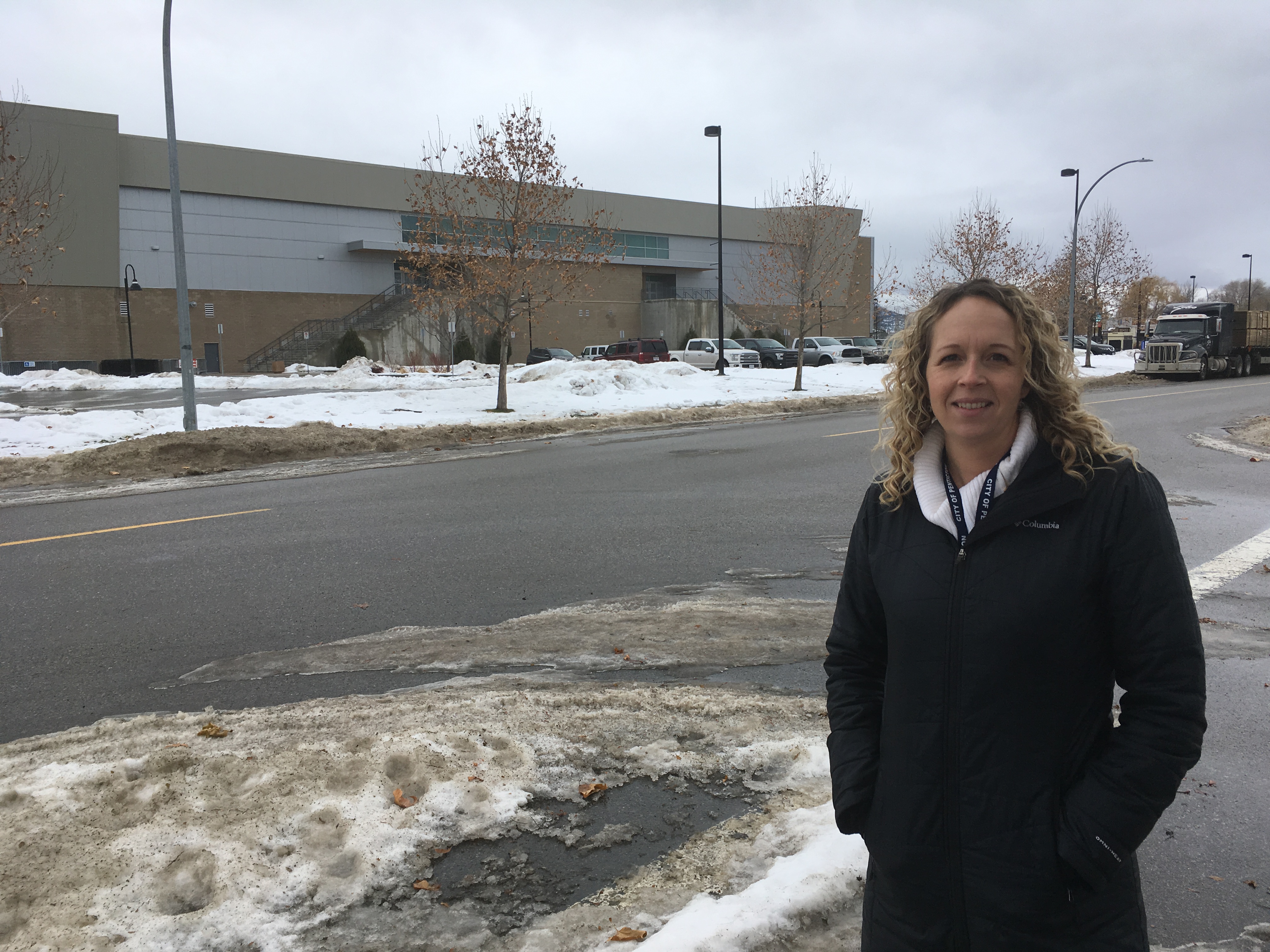 Bregje Kozak, Director of Recreation and Facilities stands in front of the location envisioned by the Arena Task Force for a new twin-surface, multi-purpose facility. Work on a business case for the proposed facility as well as the conversion of Memorial Arena is kicking off.